Rugby League World Cup 2021 (RLWC2021) and the UK Government have today announced their intention to stage the flagship event in the international Rugby League calendar in 2022.

The extremely difficult decision was taken by the RLWC2021 Board, which includes representation from the Department for Digital, Culture, Media and Sport, and the International Rugby League (IRL) Board.

Tournament organisers faced several unique and complex challenges with the most significant being the non-release of up to 400 players, match officials and staff members from the NRL competition in Australia. This is despite all requests from international rugby league federations having been met which included the rigorous health measures that have been keeping thousands of elite athletes from around the world safe whilst competing in major sporting events across the UK over the last year.

Ultimately this decision has been detrimental to the plans and ambitions of many of the competing nations and potential replacement teams. A key factor was ensuring that fans of Rugby League are able to enjoy the best possible tournament, which was not possible under these circumstances.

“Today is a challenging moment for everyone involved in Rugby League, but most importantly the players and fans of the competing nations.

“Ultimately, time and competing priorities from others forced us to make the most difficult decision in our six-year history. However, we and the sport of Rugby League are resilient, and next year we will deliver our vision of the biggest and best Rugby League World Cup ever.

“We have always prioritised player voice and player choice. We have established a player working group, met with senior players and in the last few days commissioned a player survey to domestic players in Australia and New Zealand that showed more than 85% wanted to compete at RLWC2021 this year. However, following the disappointing decision of the ARLC and NZRL to withdraw, and the subsequent impact on player availability for other competing nations, it is apparent that delivering the tournament this year would not be feasible.

“The wellbeing of all those involved in the tournament, particularly players and team officials, has been our priority. I would like to thank the RLWC2021 Board and my team for the relentless hard work and extraordinary measures that had been undertaken to create a safe and secure environment in line with other major sports events that have been successfully hosted in the UK this year.

“I would also like to thank all our committed partners as well as the Rugby League community at large who have been so supportive of our trailblazing event. We appreciate the continued and unequivocal support of the UK Government, as well as the understanding of our competing nations.”

“This process has shown that the RLWC Board are responsible leaders who have put the solidarity and unity of the sport first. The Board will now seek the commitment and alignment of all key partners immediately to deliver a clear timetable for the tournament next year.

“Now is the time for everyone who loves our game to come together, to show that Rugby League deserves its place on the international stage, and that the RLWC is a tournament we can all be proud of.”

“Whilst the Rugby League World Cup isn’t happening as soon as we’d hoped, we are glad there are still plans for it going ahead and look forward to welcoming the world’s best rugby league athletes next year.

“We are working closely with the Rugby League World Cup to prepare for a covid safe tournament next year. The association with the world cup has already seen over £300,000 invested in sports facilities with York’s communities, and we’re determined to build on that legacy.

“With our partners,  we will continue to make sure this event is a huge success and leaves a real mark on the city, inspiring future generations for years to come.”

“We understand that it’s been a hugely difficult decision to make and appreciate all the hard work and effort that has been made by the tournament organisers to try to safely stage the event this year.

One of the main objectives for bringing the event to York was to ensure a long-lasting legacy in the community through ongoing activities with local schools, clubs and wider investment in the sport. There has been so much great work happening in this area already and this will continue to be a strong focus as we build up to the rescheduled event next year.

We are looking forward to working with the tournament team and stakeholders across the city to plan the biggest and best Rugby League World Cup in 2022. “

“The Rugby League World Cup team have worked tirelessly to explore all options for the tournament, and whilst it won’t be going ahead as planned this year, we are looking forward to working with them, and  partners across the city to make it happen in 2022.

We now have another year to build on the plans to ensure a long-lasting legacy for the event – working with schools and across the local community to continue to inspire people about the sport. It is set to be a fantastic event – bringing world class talent in Rugby League to York and something to really get excited about for next year!”

“On behalf of the whole international Rugby League community, I must thank Jon Dutton, Chris Brindley and their team for their unstinting efforts.  I know that their focus is now on 2022. I also place on record our thanks to the UK Government, our sponsors and partners for their support throughout this whole process. They have been outstanding and understanding friends and we look forward to continuing the journey with them.

“We must now move forward quickly from this point to build confidence in our sport internationally and to seize the opportunity which still presents itself; to deliver the best Rugby League World Cup ever. I look forward to 2022 and the future with optimism and a renewed focus on the importance of international Rugby League for all our members large and small.

“We have seen the success that the Olympic Games and the Euro 2020 championship experienced after their postponements, and we are all determined to deliver the best Rugby League World Cup ever in 2022.”

“I am disappointed that we’ve needed to take the decision to delay the Rugby League World Cup. Despite working tirelessly to explore solutions that would allow us to go ahead as planned, circumstances beyond our control have meant that postponing the Rugby League World Cup until next year is the strongest option for staging a successful tournament.

“In the best interests of the sport and its millions of supporters around the world, I look forward to the Rugby League authorities in all competing nations accommodating a rearranged tournament in 2022, so we can put on the spectacle the fans deserve.”

Information on the rescheduling of the tournament and new dates will be released by organisers in due course. For the latest news and ticketing updates sign-up via rlwc2021.com/signup.

For existing ticket holders details regarding the next steps for ticket transfers and refunds will be provided directly by no later than 12 August 2021.

Head of Media and Communications, RLWC2021

Eligible businesses across Yorkshire are being urged to apply for a share of £600k to support their anaerobic digestion (AD) processes. 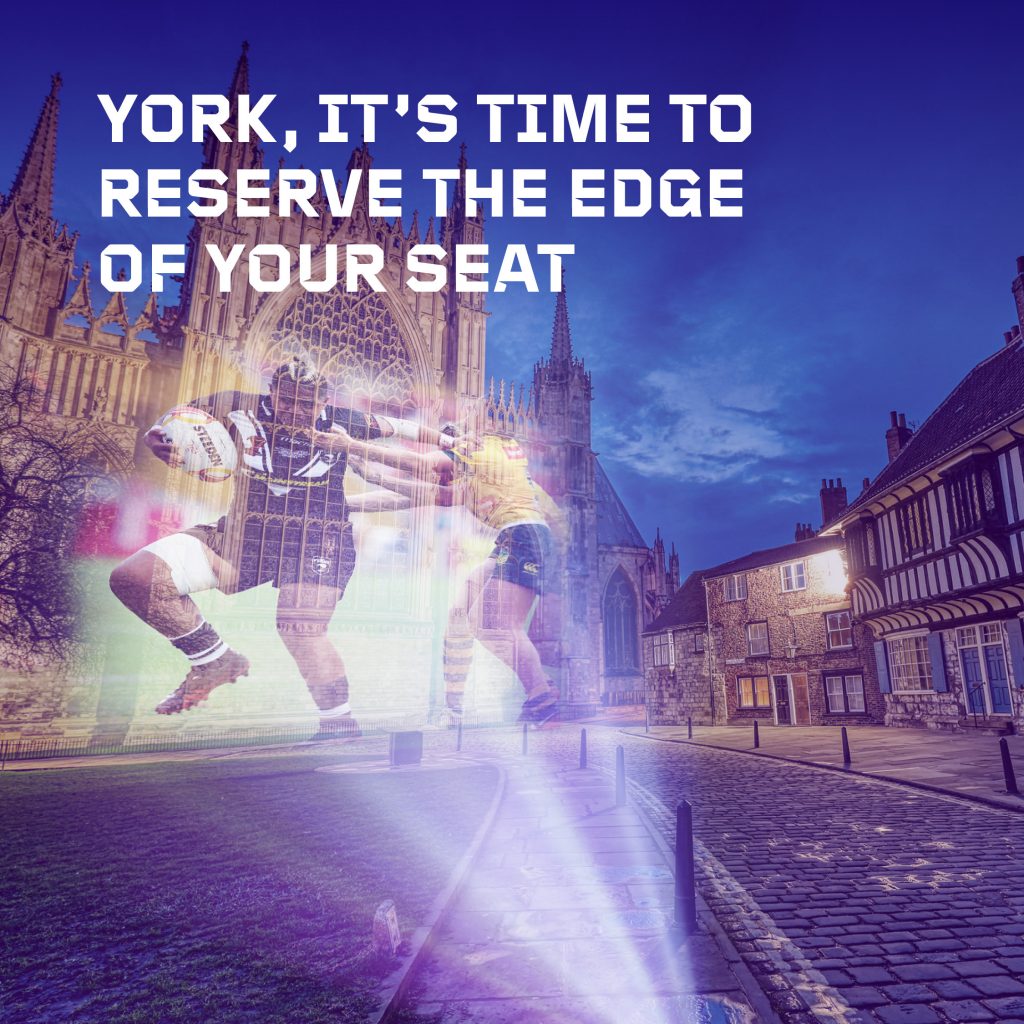